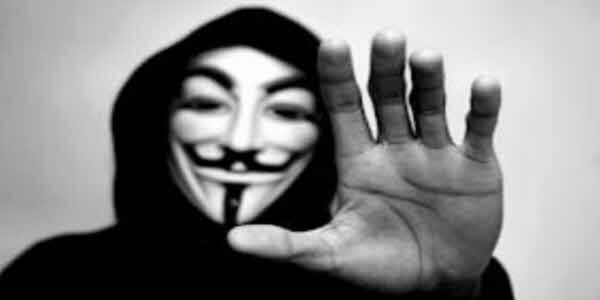 As the microblogging site prepares to tackle terror-related tweets the new anti-harassment rules of Twitter have seen accounts for hacktivists groups like Anonymous and Ctrl Sec being shut down.

The groups which take immediate action when ISIS, a terrorist organization which says it wants to create a new nation for Muslims, open new accounts on Twitter and take them down says Twitter recently closed their accounts because “they had harassed” some people’s accounts. Twitter has recently faced a lot of criticism on how it has dealt with the ISIS situation.

A lawsuit was filed against it by a woman who claimed that Twitter was spreading terrorist propaganda on its website, which led to an attack in Jordan where her husband was killed. Twitter however said later on that accounts amounting to 125,000 believed to primarily belonging and related to the extremist group had been deleted since mid-2015.

In a statement they said, “Like most people around the world, we are horrified by the atrocities perpetrated by extremist groups. We condemn the use of Twitter to promote terrorism and the Twitter Rules make it clear that this type of behaviour, or any violent threat, is not permitted on our service.” However many reports dispute this claim.

An Anonymous hacker WauchulaGhost, who is also an antiterrorist hacker, said that the Anonymous group had been the one responsible for the suspension of the 125,000 Twitter accounts that Twitter claim to have done on their own. “You do realize if we stopped reporting terrorist accounts and graphic images, Twitter would be flooded with terrorists,” the anti-terrorist hacker group said.

Anonymous members were enraged by the announcement by Twitter, before they revealed that rather than removing ISIS accounts, Twitter had removed Anonymous accounts. They claim that in February, 15 hacker accounts had been deleted even though they had been helpful in seeking and reporting jihads. They however reactivated the accounts in hours after receiving complaints.

The company’s anti-bullying pledge is the one responsible for the suspension of the accounts of the good guys believes WauchulaGhost. “I can say that they are suspending a lot of accounts for harassment. Good accounts not Daesh accounts. Even a lot of our (Anonymous) accounts are being suspended for harassment.”

A report found that Twitter and Facebook are the two main platforms used by ISIS and its supporters to spread their extremist propaganda. ISIS on its own released a video threatening Twitter and Facebook CEO’’s for the removal of ISIS accounts on the two social media platforms. They (ISIS) threatened the two CEO’s, (Jack Dorsey and Mark Zuckerberg respectively), with dire consequences if more and more of the pro-IS accounts were to be taken down.

Ali Raza is a freelance journalist with extensive experience in marketing and management. He holds a master degree and actively writes about crybersecurity, cryptocurrencies, and technology in general. Raza is the co-founder of SpyAdvice.com, too, a site dedicated to educating people on online privacy and spying.
@AliR1272
Previous Trumps Relationship with Media Revealed to be Cosy
Next Use of VPN’S vital to access hidden pages in Europe