Be Careful before Buying VPN 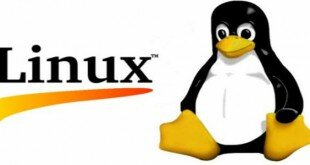 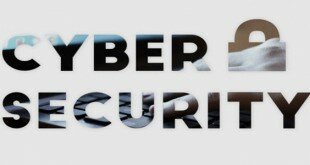 How to Protect your Online Security

VPNs are quite popular these days. What was once a technology that allowed corporate employees to securely connect to the workplace is now a solution that more and more people around the world are adopting. VPNs hide you from all prying eyes by encrypting your network and hide your true geographic location with that of their server. While this is something, most people today know, there are a lot of other things you should consider and check before subscribing to a VPN.

Benefits of using a VPN

Ever since Edward Snowden made the NSA’s online surveillance program public, people all over the world are concerned about their privacy, and they have every reason to be. More and more governments are coming up with laws that give them the power to monitor your online activity and put pressure on ISPs to maintain and hand over activity logs. With VPNs, you can stay hidden from all eyes, since VPNs encrypt all traffic passing through their servers.

Public networks are not secure at all. Quite often they aren’t even password protected. When you use such networks in cafes, hotels, or bookshops, your internet activity and the data you share through the network can be intercepted and stolen by anyone connected to the same network. When you use a VPN, all this data is encrypted, preventing it from theft and keeping it safe.

If you are in a region with heavy censorship laws and value online freedom, then you are probably already using a VPN. VPNs help you bypass censorship by connecting you to servers located elsewhere and encrypting your data. No one can tell what websites you are visiting or what information you are sharing when connected to a VPN.

VPNs help people unblock geo-restricted content and services like VOD services and music streaming services. Since you can pretend to be anywhere using the VPN server there, you can get access to any geo-restricted service you want.

Issues associated with using a VPN

Not all VPNs encrypt traffic

There are more than 800 VPNs in the market as of now. The competition is so tough that some are willing to cut corners to provide you a cheaper or a free VPN service. These VPNs are quite often suspect of not encrypting your traffic and sending it without any protection. This doesn’t mean that all the paid VPNs are absolved of all blame. The fact of the matter is that many VPNs fail to do the primary task they are trusted with.

VPNs don’t anonymize you but ask to trust them

VPNs shouldn’t be seen as an anonymizing service. They are more useful for maintaining online privacy. But when you use a VPN, you aren’t 100% anonymous, because your VPN can see everything you do on the internet. This basically means that you are entrusting your VPN with everything you share on the internet, which can include personal as well as sensitive information.

Some VPNs sell your personal data

There are many VPNs who use user data for generating funds. Again, the cheaper and free VPN services do this more commonly, but some costlier VPNs also do this. Since VPNs can see everything you do on the internet, it’s very simple for them to record all this information and then sell it to the highest bidder. This involves healthcare and insurance firms, ad agencies, etc.

Things to look for in a VPN

Make sure you find out what is the encryption that the VPN uses and find out which protocols are in use. PPTP is the fastest protocol but also the least secure. L2TP/IPSec gives you both speed and protection enough for everyday internet usage. But if you are really concerned about your privacy and don’t mind experiencing a reduction in speed, then it’s best to look for a VPN that has OpenVPN support.

It’s absolutely vital to read the privacy policy of the VPN. This will mention what information the VPN collects, why it collects it, and whether it shares it with third-parties or not. Always go for a VPN that does not record any activity logs. If you can’t find this information in the Privacy Policy, ask the customer support. If they can’t help you with it either, look for a different VPN.

Look at the app permissions the VPN requests

When you look for a VPN, you obviously look for a solution that can cover your smartphone as well. When installing the VPN app on your device, take a look at the permissions it requests. If you think it’s asking for something it shouldn’t, like your contact list, access to messages, etc. then it’s best not to use that VPN.

VPNs are becoming more and more popular with each day, but before you blindly subscribe to the first VPN service you see, you should do a little research. Never be hesitant in asking questions of the customer support staff if something isn’t clear, and make sure you get everything clarified before committing to a vendor. It’s best to first identify your specific need for a VPN and then look for the service that best fulfils it.

Reading a bunch of reviews on the internet can give you a good idea as to which VPNs are best suited for your needs and budget. There are many VPNs which offer a free trial or money back guarantee on their service. Availing these offers can put you in a better position to make a decision because you can actually use the VPN and see how good it is. The best thing to do is stay informed and don’t be hasty when choosing a VPN. You want something that protects you and not sell you out. You always have to be careful who you trust, especially when you are sharing personal information with them.

Ali Raza is a freelance journalist with extensive experience in marketing and management. He holds a master degree and actively writes about crybersecurity, cryptocurrencies, and technology in general. Raza is the co-founder of SpyAdvice.com, too, a site dedicated to educating people on online privacy and spying.
@AliR1272
Previous 5 best VPN services February 2018
Next Stemming the Flow of Information in Ukraine 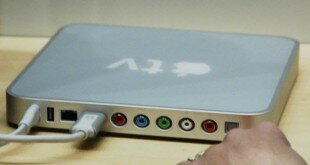 How to setup a vpn connection on apple tv